Here are 5 things to know about FBA Amazon reimbursement that can be useful in turning a loss into a profit. This is especially useful for Amazon sellers who need to access more cash. Maximizing FBA reimbursements is a powerful way that assists many FBA sellers in growing their revenue.

1. Rules of The Game

Amazon provides an 18-month window period for sellers to conduct an FBA audit for most FBA related transactions. Sellers can open cases for any eligible discrepancies and get reimbursements under Amazon’s FBA reimbursement policy.

The data of the technology company GETIDA points out that the discrepancy rate of products can range between 1% to 3%. For every 100 units shipped to FBA, between 1 to 3 units will get affected.

This means that Amazon does an excellent job of handling the inventory of third-party sellers between 97% to 99% of the time. This is a remarkable achievement considering Amazon is dealing with a colossal scale of tens of billions of dollars worth of inventory.

Nevertheless, if you are an Amazon FBA seller generating $1 million a year in FBA sales, your 1% to 3% discrepancy rate can range between $10,000 to $30,000 which is significant. It is your responsibility as a seller to maximize the recovering of all your eligible FBA reimbursements.

A common logistical discrepancy includes inventory that gets lost during the initial FBA inbound receiving.

Once in the FBA center, your FBA inventory can also get lost, damaged, destroyed, or disappear.

A major financial discrepancy that can reduce FBA fees once resolved, is when Amazon incorrectly overcharges sellers on FBA pick and pack fees.

The reason is due to the incorrect information on the weight and dimensions in Amazon’s data. Amazon allows a time frame of only 90-days for providing such reimbursements. Therefore, today more than ever before, Amazon sellers need to keep auditing their Amazon FBA transactions at least every 90-days.

Amazon sellers need to maximize the FBA reimbursements that they are eligible for under Amazon’s terms and conditions. If they don’t, they experience a double loss.

The first loss is the cost of inventory. Meaning the cost a seller pays to source an item.

The second loss is the loss of profit. The reason is when a seller gets reimbursed, Amazon is “purchasing” the affected inventory from the seller as if the product sold on Amazon’s platform. For most Amazon sellers, selling products on Amazon includes a healthy profit.

5. Taking Action to Get Amazon Reimbursement

Whether you have never audited your account, or already have an Amazon FBA auditing process put into place, or rely on Amazon to auto-reimburse your account, you owe it to your business to get maximum reimbursements.

To make sure you are recovering everything you are owed, you can reach out to an Amazon FBA auditing service such as GETIDA. The reason is that GETIDA charges a recovery fee only from successful FBA reimbursements. If no Amazon reimbursement is secured, there is no cost. Every dollar of recovery is a pure value add for your business, especially during challenging times.

In fact, signing up with GETIDA takes about 4 minutes and you will get instant access to a free dashboard that will provide you with data analytics and visibility into your Amazon account. The dashboard will also give you a free estimate of how much FBA reimbursements potential you can recover on your account.

GETIDA has partnered with RevenueWize to help FBA sellers get access to more funds. Simply click on GETIDA and you will be ready to take your FBA auditing to the top level. We hope that you find the 5 things about FBA reimbursements helpful during this challenging time.

Good luck and stay safe and healthy out there! 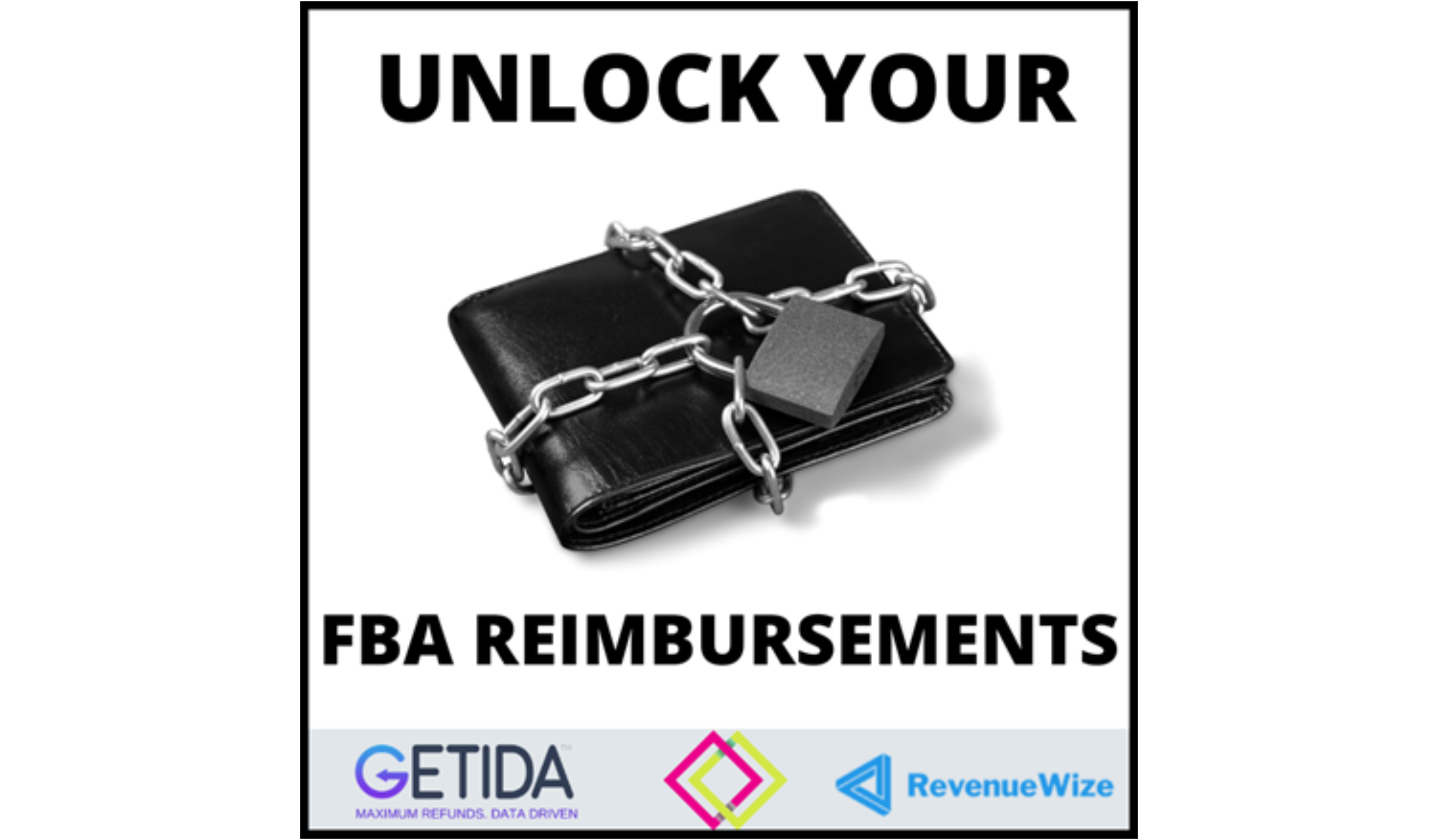 We use cookies to ensure that we give you the best experience on our website. If you continue to use this site we will assume that you are happy with it.OkPrivacy policy

We will get back to you as soon as possible. Meanwhile you can schedule a 15 minute Demo with us so we can show you around.